The Music of the Era

The 1960s marked a complete alteration in the social structure of America. From family life to fashion, everything was undergoing a rapid and drastic change. One of the more noticeable changes was in the nature of the music that was enjoyed during the decade. However, a visible change didn't occur until 1963 when a variety of changes in our social structure resulted in greater variety in our music. The music began to reflect such traumatic events as the assassination of President Kennedy and the war in Vietnam. Another notable change is that 1963 marked the beginning of an musical event known as the "British Invasion" in which a number of British pop and rock bands (such as the Beatles and the Rolling Stones) became a part of the mainstream music industry. Aside from this, Rock and Roll, which had earned its start in the fifties, underwent a transformation that was heavily influenced by hippie culture and their tendency to enjoy music while under the influence of various hallucinogens. This sub-genre of Rock and Roll came to be known as Psychedelic Rock. (1)

August 15th, 1969 marked the start of one of the most notable and surprising musical events in history. The Woodstock Music and Art fair was advertised to be a "Weekend in the Country" with a predicted 200,000 attendees. However, the truth of the matter was that word of the countryside music festival spread exceptionally quick, and 200,000 attendees quickly exceeded 500,000. It's worth noting that only 186,000 tickets were sold for all three days of Woodstock, exemplifying the chaotic nature of the festival that virtually prevented all forms of authority from holding rule. (2) LIFE Magazine described the chaotic event as not so much a music festival as it was an "experience, a phenomenon, a happening, high adventure, a near disaster, and in a small way, a struggle for survival." (3) Among the sea of people were various groups enjoying a few joints, enhancing their musical experience with a bit of hallucinogens, or maybe even expressing their self-proclaimed right to free love. For many people, Woodstock was a pivotal moment in their lives, for better or worse. For one Ed Patrick Woodstock and College were the most influential moments in his life, as they both gave him "a vision of how people could and should get along with each other." (4) On the other hand, an interview conducted by People Magazine revealed Dr. William Abruzzi's story. Dr. Abruzzi worked as the medical director for the music festival, tending to various injuries, ailments, and the occasional bad trip. It wasn't until six years after the concert that he was convicted of sexually harassing a female patient. He states that all his problems could have been avoided had he just stayed away from Woodstock. (5) 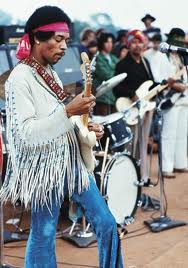