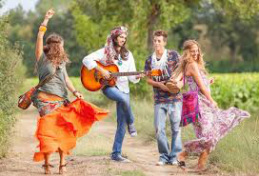 The 1960s in America were an era of new ideas such as new religious movements, spiritual awakening and freedom from conformity. Hippies began to rebel against established traditions such as their parents' religion and cultural expectations. This was a time of freedom, peace and love beyond comprehension. During this period, many new "gurus" (teachers) came to the United States to spread their teachings. Hippie culture encouraged exploring these new paths, leading many hippies to embrace unconventional beliefs such as Buddhism, Hinduism, and Native American mysticism. Many hippies sought to expand the horizons of their minds, gaining new experiences and fresh perspectives on the world. In many cases, this led hippies to experiment with drugs, especially psychedelics such as LSD, as a form of spiritual exploration. Hippies believed that using psychedelic drugs would allow them to transcend the external world and discover the true nature of existence. Although some hippies were profoundly transformed by their drug experiences, many more were damaged, and the cultural impact was mixed at best.

In the beginning of the hippie era there was significant interest in Buddhism, especially Zen Buddhism. According to a 1970 article in Time magazine, "Of the many forms of Buddhism, the one best known in the West is Zen. Its guiding principles of inward meditation versus doctrine, of emphasis on the visceral and spontaneous as against the cerebral and structured, of inspiration rather than linear 'logic,' were seized on by the early beatniks, taken up by many of the young today, and were incorporated into the mystique of America's counterculture" (1). As explained above, Zen is a type of personal meditation that focused more on being than thinking, and was free of the dogma associated with more traditional Western religions. During this period, authors such as Daisetz T. Suzuki and Allan Watts gained wide popularity for their books on Zen. Other significant cultural figures such as the beat writers Allen Ginsberg and Gary Snyder publicly embraced Zen, giving Buddhism an additional degree of popular legitimacy and support.


Many hippies explored Buddhism as part of a broader spiritual exploration. For others, their interest in Buddhism developed as a result of the war in Vietnam. Many American soldiers gained their first exposure to Buddhism while stationed in Southeast Asia during that conflict. Many of them, often troubled by their wartime experiences, found peace in Buddhism. By bringing their new-founds beliefs home with them, they help spread awareness and acceptance of Buddhism to a much broader portion of America.


One of the key practices in Buddhism is meditation. As Buddhism and other Eastern forms of spirituality took root in America, many hippies began to meditate, and saw it as an important component of their personal development. Below is a video from Allan Watts called "Allan Watts: How to Meditate" which provides a clear and detailed description of meditation and its properties. As Watts explains, although mediation employs specific techniques, its goals are more spiritual than physical. Of course, in Buddhism spirituality is viewed differently than in most Western traditions. As Watts explained elsewhere, "Zen does not confuse spirituality with thinking about God while one is peeling potatoes. Zen spirituality is just to peel the potatoes" (2).

Hippies also took a particular interest in other aspects of south Asian spirituality. Most Americans gained first began to learn about Asian religions from the Indian teachers who came to America early as the 1890s to teach and lecture on their beliefs. Several of them, including Paramahansa Yogananda, A. C. Bhaktivedanta Swami Prabhupada and Maharishi Mahesh Yogi, became celebrities and found a wide audience for their views. Due to their influence, America began to explore yoga, meditation, and Eastern spirituality.

One of the most popular gurus in the late 60's was Maharishi Mahesh Yogi, who came to fame in part because the Beatles visited him in 1968. In 1971, Time magazine wrote that "For years, increasing numbers of people have found physical calm and mental tranquility in the practice of various forms of meditation. Now Harvard researchers have confirmed...[that] earlier studies showing that actual physiological changes sometimes occur during meditation. They concentrated on "transcendental meditation, " the yoga-derived techniques taught by Maharishi Mahesh Yogi, who won fame by briefly attracting the Beatles...Meditation, the researchers suggest, may even be of value in alleviating such difficult problems as alcoholism and drug addiction" (3). The Beatles were a cultural phenomenon in their own right, and their enormous popularity gave them tremendous influence, especially among teens and young adults. As a result of their public support for Maharishi Mahesh Yogi, his teachings immediately gained broad exposure and acceptance in the hippie community. His philosophy, which he summarized as "Life finds its purpose and fulfillment in the expansion of happiness," also resonated with hippies, and many embraced his message (4). 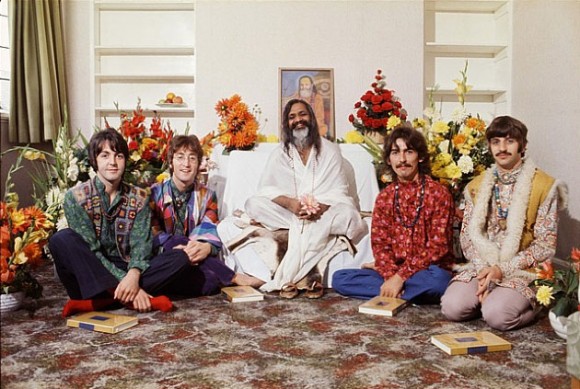 Although traditional American culture viewed drug use as dangerous and even subversive, most hippies believed that drugs such as LSD and marijuana were valuable tools for spiritual growth. As a result, many hippies often incorporated drugs into their spiritual practices such as mediation of yoga. They did this despite the fact that most of Indian gurus believed that such drugs actually blocked spiritual development, and discouraged their use. Although though some hippies avoided drugs, it is fair to say that the broader hippie culture nevertheless continued to view drugs as a valid form of personal fulfillment, and often associated them with nontraditional modes of spirituality.

Because of the growth of Indian spirituality during this period, Indian culture had a tremendous influence on the broader hippie culture. As a result, practices such as wearing burning incense, displaying Indian art, listening to Indian music, using mala (prayer) beads, wearing colorful Indian-style clothing, becoming vegetarian, performing mediation, and practicing yoga became popular even among hippies who did not pursue the deeper philosophies. Although this began slowly, these trends grew in acceptance. For example, although there were only a handful of schools of yoga in America in the 1960s, today there are thousands. 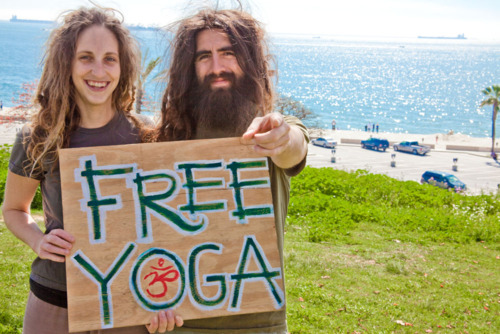 Quote by George Harrison, guitarist of The Beatles: "The world is ready for a mystic revolution, a discovery of the God in each of us" (5).

The hippie era was also influenced by Native American mysticism. This type of spiritual and religious path was interconnected with nature and communal sharing. Native Americans expressed their spiritual nature through worshiping Mother Earth, respect for their ancestors and ritual dance. For Native Americans, the idea of owning land was incomprehensible. The Native Americans generally lived in close communities, and even later in modern times, sought to build "utopian" small villages. In the book called "The 60s Communes" by Timothy Miller, Pam Hanna argues: "Parceling up Mother Earth is a foreign and ludicrous concept to so many Indians, which is perhaps why hippies and Indians usually got along well" (6). A Native American from Oregon further explained "It seems very weird to think of land as property, stuff that can be owned, bought and sold; and I don't think anyone here thinks of it that way. Even though of course that idea is built in to the legal framework of this country, and we have to act within that framework" (7).

One of the core hippie ideals was environmentalism. Many hippies rejected modern society and its consumer-driven industrialization in favor of a simpler lifestyle in harmony with the earth. Much of the spiritual foundation for these beliefs emerged from hippie adoption of Native American philosophy. As a result, hippies embraced and sometimes idealized Native American culture. At the superficial level, this produced wide popular demand for Native American clothing, jewelry, and artifacts. At a deeper level, it helped shape hippie belief in communal living, respect for nature, and peaceful dialogue.

Slideshow: The pictures from "Indian Dance Circle" performance in August 1960

Quote by Vine Deloria: "Religion is for people who're afraid of going to hell. Spirituality is for those who've already been there."  ~ Native American wisdom (8).