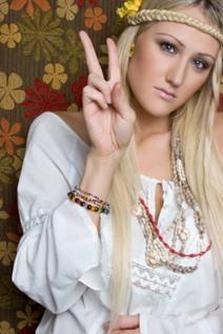 Clothing styles and fashion are somewhat of a reflection of people's times and attitudes. This was even true about the 1960's era. The youth culture of the 1960's, or the babies of the baby boom that occurred a few years before the hippie movement, were taking the era to a whole new level.  The hippie era has been best known for the social change in every aspect of their lifestyles. Different from the conservative ways, these youngsters wanted to have their own styles. The Hippie Movement took place in the rebellion of the Vietnam War. These teenagers took place in many demonstrations in opposition of the Vietnam War and in support of human rights. Peace and Love was the message the hippies wanted to get across during this time period. This movement did not just influence films, television literature, drugs, politics, spirituality and religion, but it also focused on art and fashion as well as portraying a new way of life.  They promoted a policy that all differences among nations should be adjusted without war as the solution. They did this through various means of expression.(1)

Fashion
On a typical basis, hippies would buy clothing from the flea markets and then design them by themselves. These clothes included jeans, peasant blouses, dashiki's bell- bottom pants, and vests. Most of these items were worn by both males and females. Hippie women rarely used any makeup. The way that they created these clothes were inspired by the African, Latin, and Native American designs. Fashion is the 1960's mainly encouraged exhibitionism and wore free- spirited clothing, women wore miniskirts, bold colors, and see through dresses showing off the bodies of women, and rarely men's bodies as well. (2)

Hippie Accessories
Accessories that they wore were gaudy, such as perspex rings and earrings and fold chain belts. Bottom hipsters were the big thing in the hippie era. Hipsters were unisex trousers that rested on the hip rather than the waist, where most people wear pants normally. Popular patterns included psychedelic designs, which were spirals, stripes(including the bell bottom pants), crazy patterns and colors, and abstract art were all incorporated in hippie clothing. Op art, or illusion designs, were also found on the clothing that hippies wore.(3) Two of the most popular patterns in hippie clothing wear tye die and floral.

"Flower Power"
It may seem very cliche, but flowers were very symbolic in the hippie movement. The hippies represented peace, and the flower was a symbol of peace. Nothing represented peace and love like a flower did, and so as a matter of fact, flowers were everywhere. Floral patterns were immensely popular on tops and dresses, as well as patches of them adorned on skirts and jeans. Flowers were also worn in hair as well as painted on the face. Hippies argued that it was necessary to exhibit as much natural beauty as possible.   Hippies also wore accessories, but they were extraordinarily simple. Women's jewelry was handmade, most of the time, or resulting from designs that were influenced by nature.(4) Beads were extremely popular, especially peace signs.

Influence of Hippie Fashion
Not being the first time in the fashion industry that a youth movement influenced the clothing industry, it did have the strongest impact. Designers found themselves taking suggestions from the young people on how to design clothing. Trends continued to come and go, but finding own styles and identities, as the women in the 1960's have, would never let it go and will pass it from generation to generation. 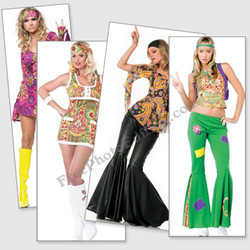 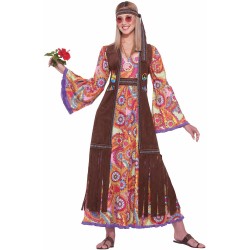 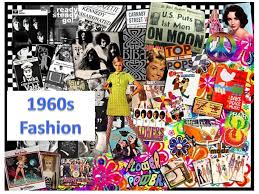 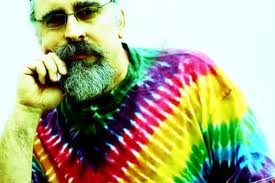 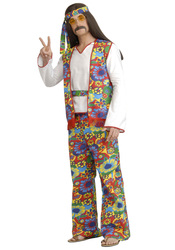 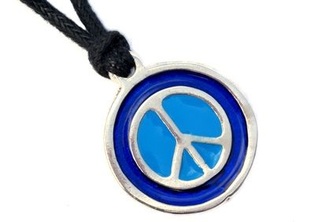 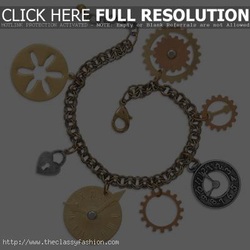 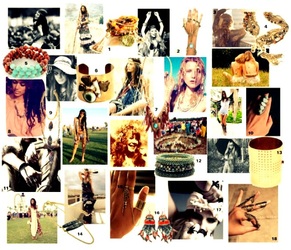 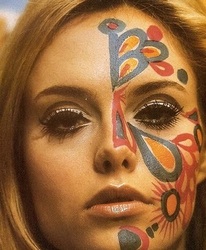 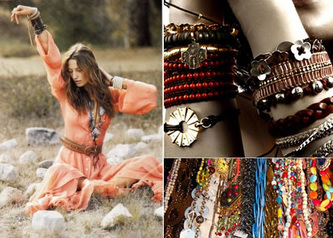 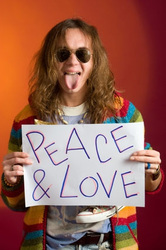 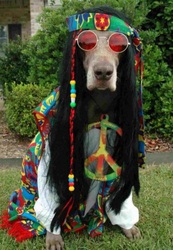 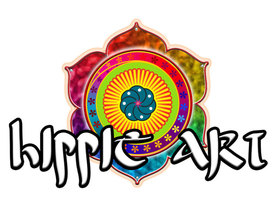 Introduction
Along with fashion, spirituality, religion, drug usage, politics, and music, hippies also did some artwork. Typically, the artwork produced by the hippies were extremely colorful. It also often used certain symbols, these symbols sometimes had to do with nature, for example, flowers and the sun. Peace signs were also a common symbol hippies used in their artwork. Swirls and paisley were elements to be expected as well. The main type of artwork that the hippies created was psychedelic art.

Psychedelic Artwork
During the Counterculture Movement, also known as the Hippie Movement, psychedelic art was most common. Psychedelic Artwork is any kind of visual artwork, such as illusions, that are inspired by engaging in psychedelic experiences. These experiences include the use of drugs, such as LSD.  This art form depicts images that are greatly influenced with the hallucinogenic effects of drugs. Looking at these artworks one may be disoriented from their normal preoccupations and senses and may be lifted into a state of hightenened consciousness, such as an effect as if a person was taking drugs:LSD.
http://life.time.com/culture/life-photos-from-an-lsd-inspired-art-show-1966/(5)

Artist: Bridget Riley
Bridget Riley was one of many artists during the Hippie Movement. She mainly focused on op art. The main focus of op art was to stimulate movements and vibrations into a piece of art. One of her most important works during this time period was Movement in Squares-1961
(link to picture: http://b.vimeocdn.com/ts/241/982/241982604_640.jpg). This artwork, and many others, were considered to be optical illusions. For the beginning of her artistic career that began in 1960's, her paintings consisted of only two colors, black and white. It was not until 1977 that she started using real colors in her artwork. One of her most famous color works is Dominance Portfolio-1977  (link to picture: http://artbasel.insideguidance.com/43//images_large/Product1365132.jpg). In this specific painting, she used the colors red, blue, and green. (6) 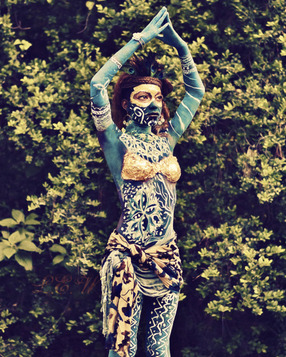 Psychedelic means "mind- manifesting". All the artwork that the hippies painted were all along the lines of optical illusions. (8) 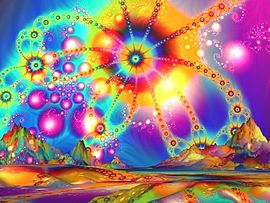 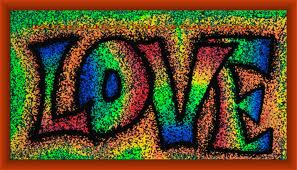 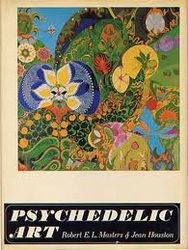 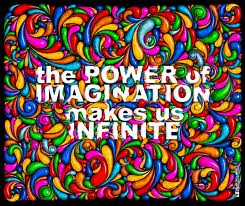 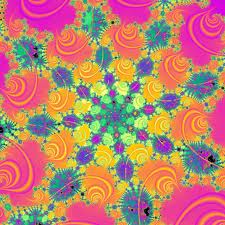 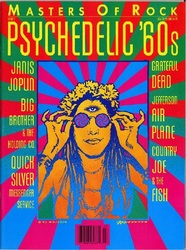 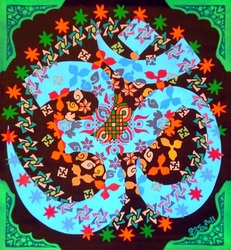 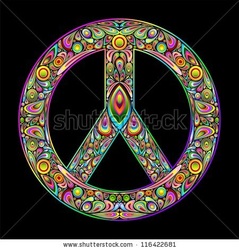 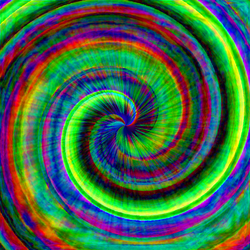 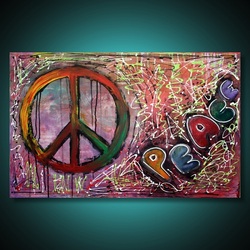 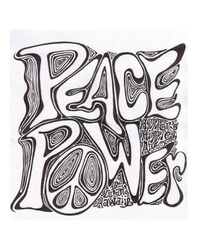 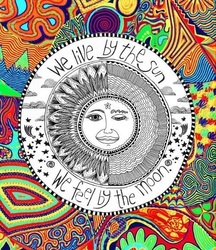 YouTube Video: The Hippie Movement and the Influence of Art