Peace, Love, and Beyond
Source: http://www.youtube.com/watch?v=ZR_HLlRP1ro&feature=youtu.be 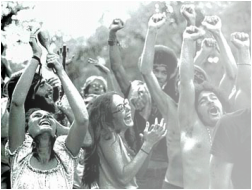 Common views associated with the hippie movement are extravagant clothing, anti-war principles, and music. Though it is true that the hippies advocated for altruism and non-violence, popular media has also portrayed the hippie movement as one where the use of drugs and alcohol was predominantly popular during the 1960s. Indeed there was a high consumption of drugs during this period, but contrary to popular belief, most hippies used drugs for their spiritual experience.

The country saw them as society’s dropouts; their gentleness seemed to persuade a few hundred to join their movement of kindness. Authors across the country viewed them as pacifist individuals looking to engage their ideas through their music and expression. One historian in particular, Arnold Toynbee describes them as "a red warning light for the American way of life."


Whatever their meaning it may be, the hippie movement had emerged with a strong influence to young teens in the 1960s. The most common drug used by the hippies was Lsd. This drug was inexpensive, making it easy to expand its usage among the group. Lsd inventor Albert Hofmann, who passed away in April 2008, discovered the hallucigenic properties of lsd when “he was researching the synthesis of a lysergic acid compound, LSD-25”. When doing his research, Albert Hofmann accidently absorbed a small amount of LSD through his fingertips. Albert Hofmann was intrigued with the effect this intake of LSD had on his perception. A couple of days later, Albert Hofmann ingested 250 micrograms of LSD, his results were described in his autobiography, LSD My Problem Child, and are as follows:

“In a dreamlike state, with eyes closed (I found the daylight to be unpleasantly glaring), I perceived an uninterrupted stream of fantastic pictures, extraordinary shapes with intense, kaleidoscopic play of colors. After some two hours this condition faded away.”

Among hippie fans of LSD, this day was remembered as bicycle day, since Albert Hofmann was riding his bike when he started feeling the effects of this hallucinogen.

So why did the hippies consume so much drugs? 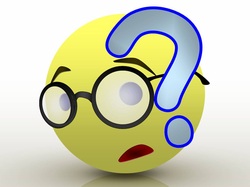 Most hippies were teens when they first joined the group. Due to pressure of the group, teens were exposed to these drugs, used mainly at raves and parties. The high consumption of drugs was due to a desire for self-exploration, religious and spiritual use. 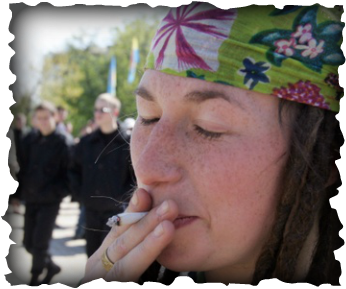 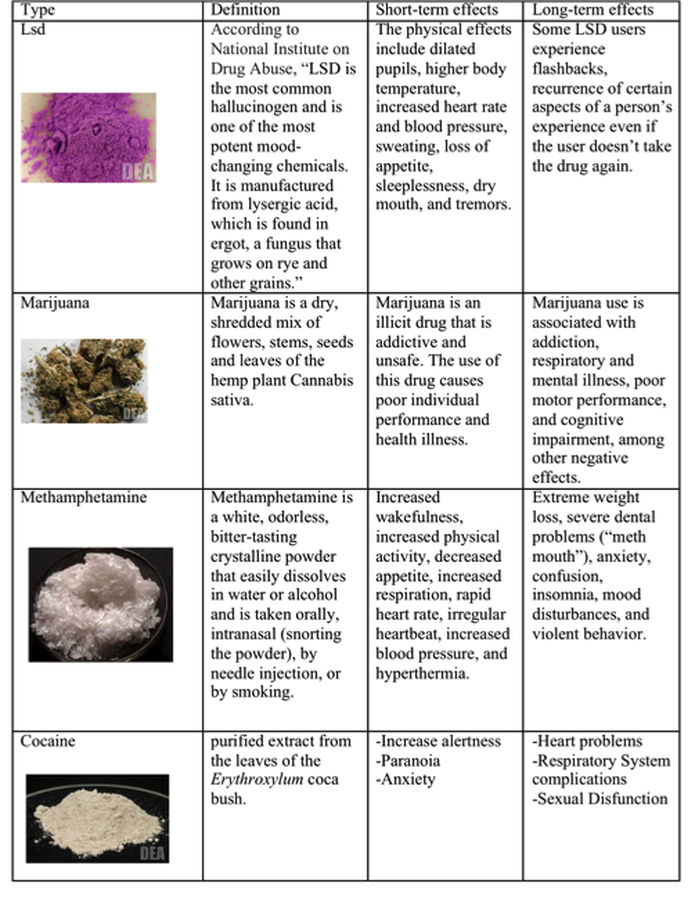 The following table describes the most common drugs used by hippies in the 1960s. For more information about these drugs or others, visit www.webmd.com

Percentage of Marijuana and Cocaine Consumption between the 1970s and 2007 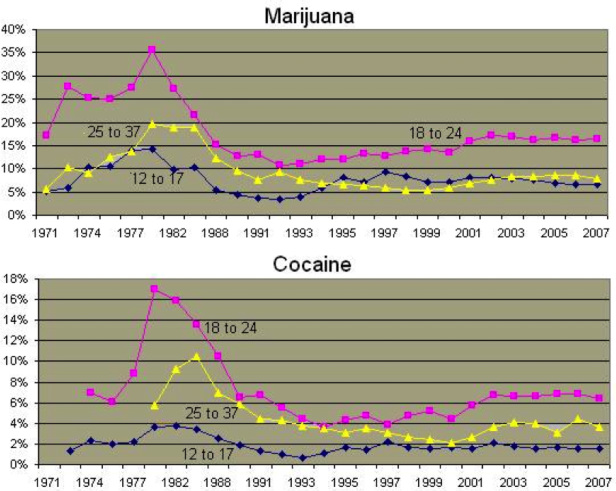